In Memory of our Founder, Arthur Kitchen 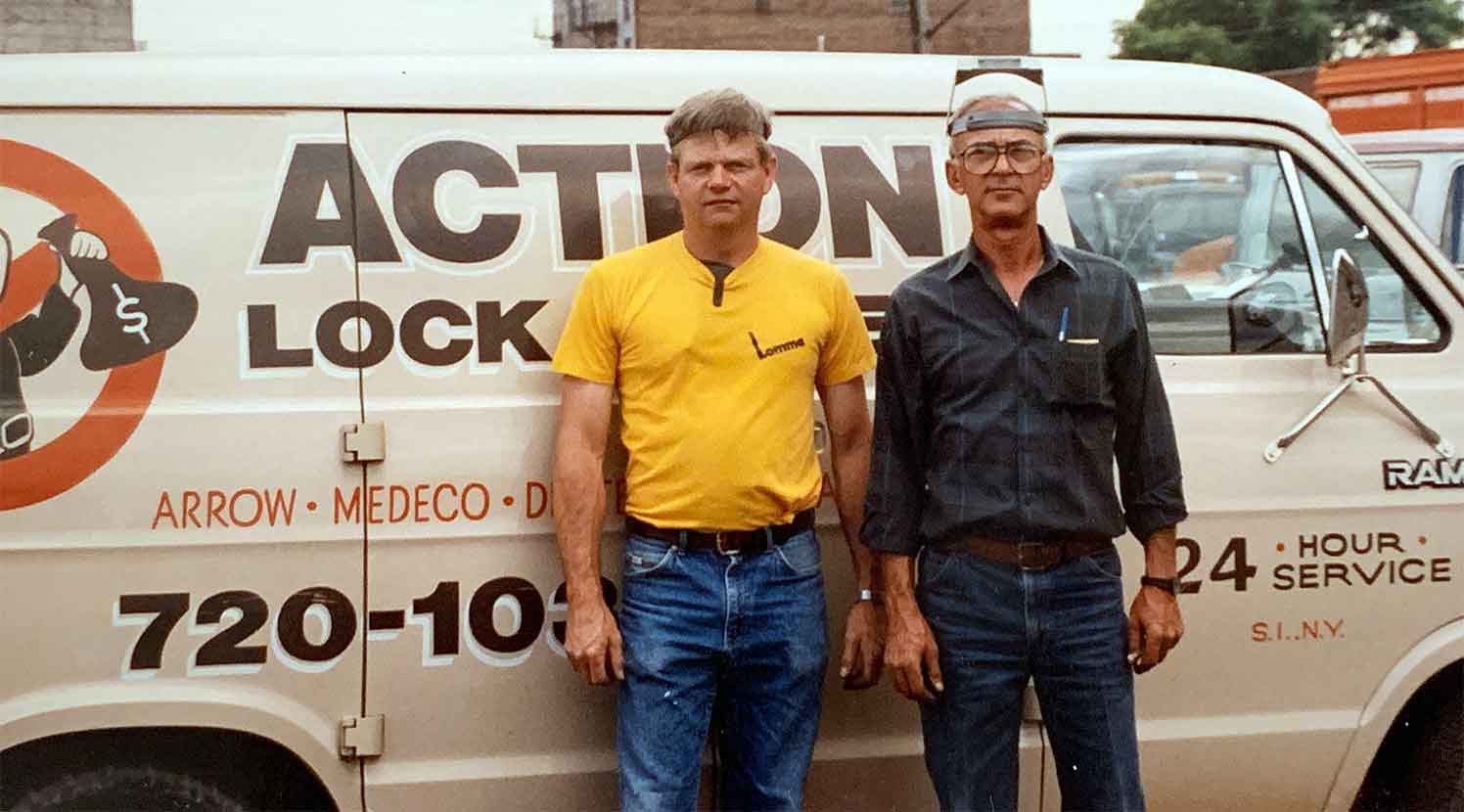 Arthur Kitchen, 71, of Manasquan, N.J., passed away peacefully at his home on March 15, 2019, with his loving family by his side after a battle with esophageal cancer.

Artie was born on Feb. 7, 1948, to William Francis Kitchen and Myrtle Augusta (Carey) Kitchen. He graduated from Tottenville High School in 1965 and received his B.S. in criminology from New York Technical Institute in 1978. Artie served in the U.S. Navy patrolling the waters of Vietnam on board the USS Satyr. After his military service Artie served on the NYPD for 20 years working in Manhattan at the 7th Pct. and later in Staten Island at the 123rd Pct.
Artie was married for 48 years to the love of his life, Joan (Campbell).

Together they owned and operated a locksmith business, Action Lock & Key, in Annadale, Staten Island, N.Y. His passion was fishing with his Dad and his three boys. He loved the Yankees, going to Atlantic City, being with family and friends, BBQs on the deck, going to the beach, cruises and meeting his Navy buddies all over the country.

He will be greatly missed by his wonderful wife, Joan of Manasquan; his amazing sons, Jeffrey (Noel), Arthur (Jill), and Michael. Arthur was known as “Poppo” to his grandchildren, Fiona, Quinn, and Atticus.

Artie is also survived by his beloved sisters, Judith (Francis) Marsh and Beatrice “the Banker” (Robert) Albanese as well as many nieces, nephews, family and friends. He was the best son, brother, husband, father, grandfather, and friend anyone could ask for. We are truly blessed to have had him in our lives.

Family and friends are invited to attend a visitation on Sunday, March 17, 2019, from 3 to 7 p.m. at Orender Family Home for Funerals, 2643 Old Bridge Road, Manasquan, N.J. 08736. A funeral service will be held at 10 a.m. Monday, March 18, 2019 at the funeral home. Interment to follow at Brig. Gen. William C. Doyle Veterans Memorial Cemetery, Wrightstown, N.J., at a later date. To send condolences to the family please visit www.orenderfamilyhome.com.
In lieu of flowers, memorial donations may be made to Sloan Kettering Esophageal Cancer Awareness Association (online at www.ecaware.org).